Having just bought a house, I'm back in full DIY mode again. And as everyone knows, DIY requires saw horses! So knowing that I would be needing a couple in the near future, I sat down with AutoDesk Inventor and quickly drew up a simple design, based on timber that was in cheap and plentiful down at The Ply Guy. 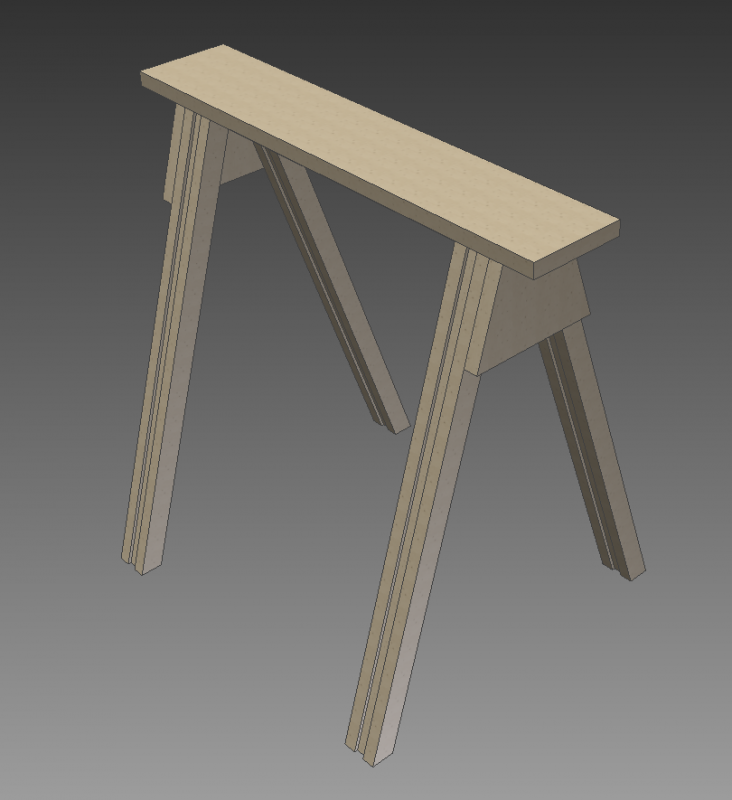 And a few minutes later I had a set of plans ready to go: 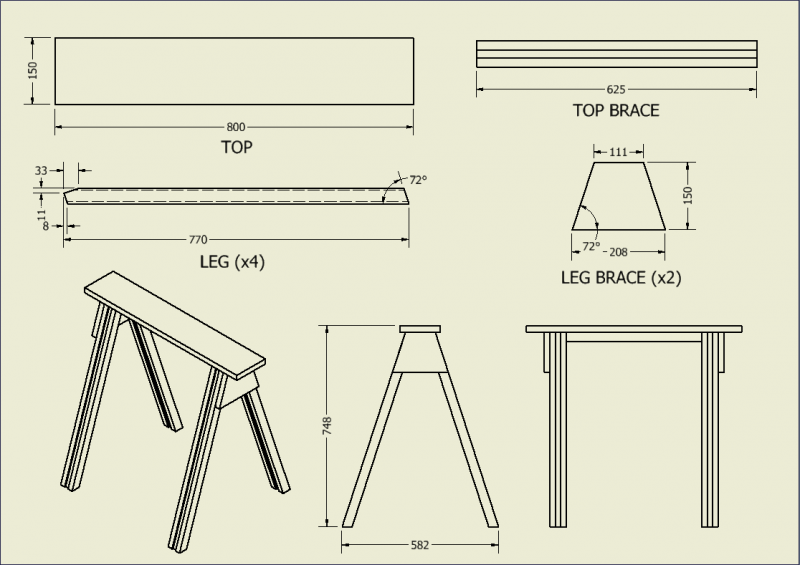 $20 of wood later and I was ready to get building. First up I ripped the 300mm ply shelving into 150mm wide bits 800mm long for the top of the saw horses. Table saw made short work of that. 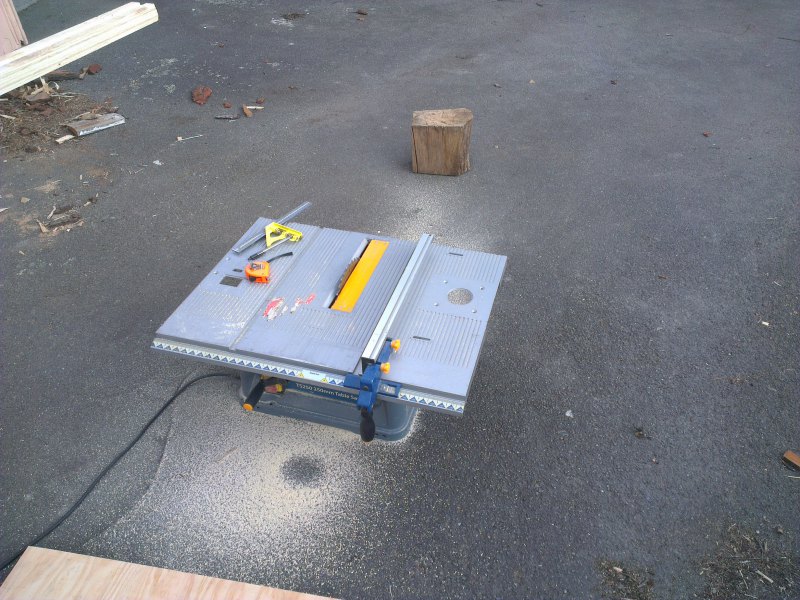 Then I made the brace under the top of the saw horse from the LVL. Next up some legs... these were a little fiddly with all the angles, but step by step it's easy enough. 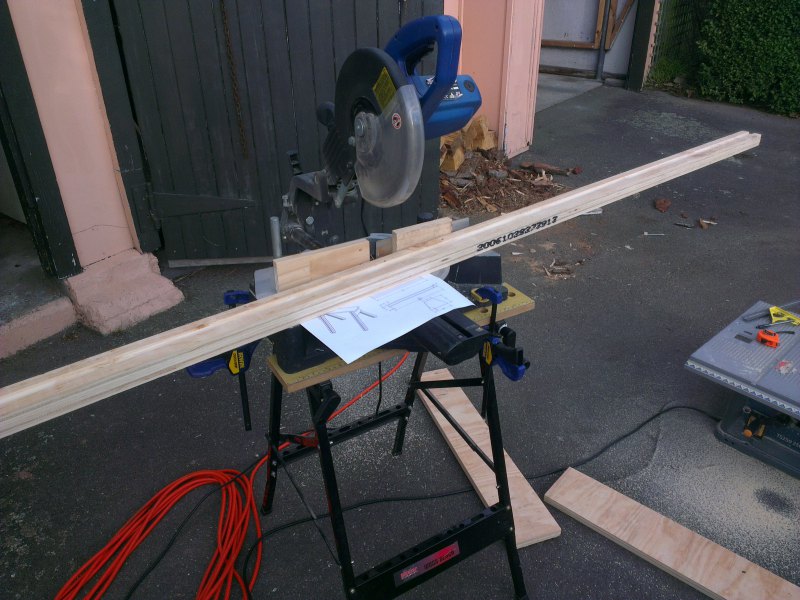 Then I marked out the measurements for the angles on the top: 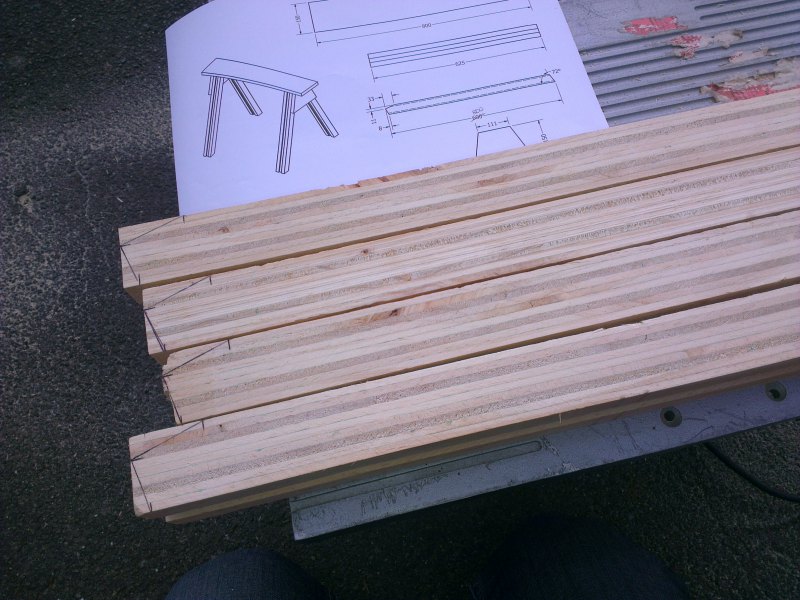 Then quickly cut them out with the drop saw.

Next came assembly. The brace and top were easy enough, just position, clamp, drill and screw: 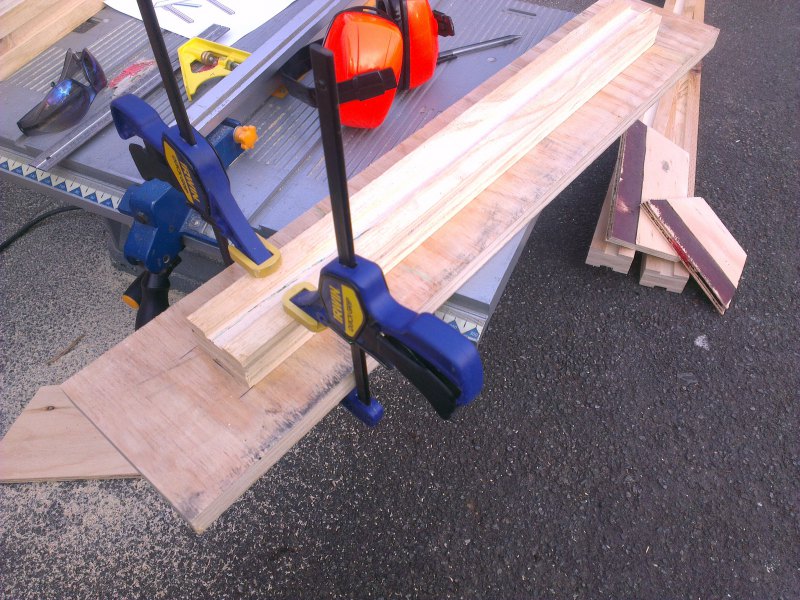 Leg assemblies were a little more fiddly and Rachel gave me a hand with the clamping and positioning. I positioned the legs at the right angles, then used some offcuts to mimic the top brace, and clamped everything down nice and tight. 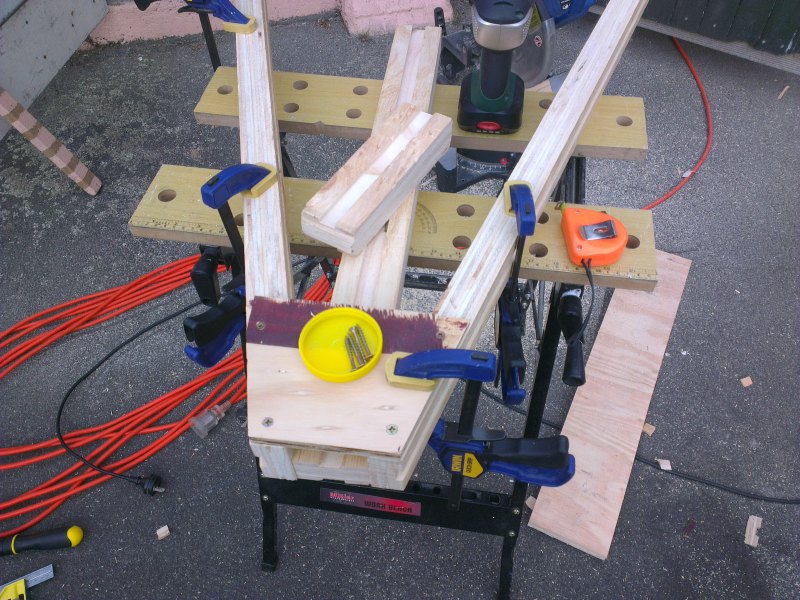 A few screws later and I had some leg assemblies.

To finish things off, I held up the legs and lowered the top assembly onto them. Worked perfectly and even without any fastening it was pretty sturdy. 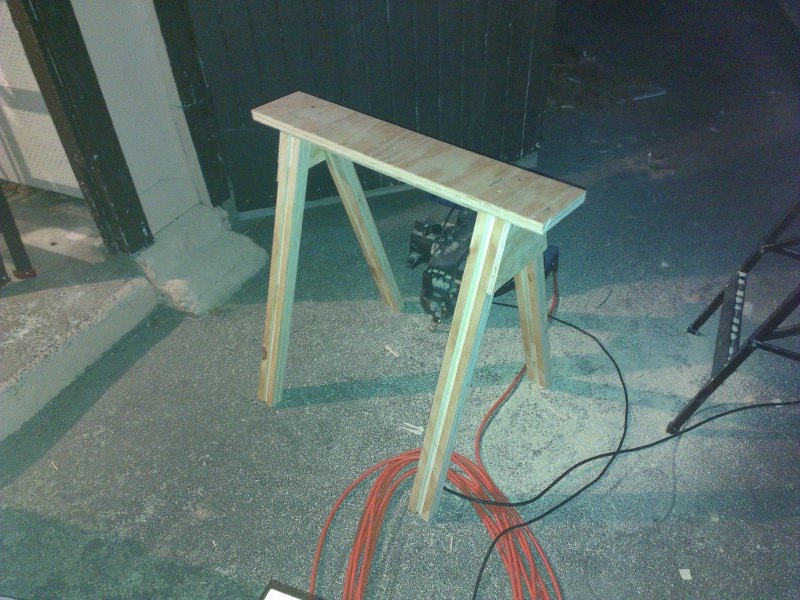 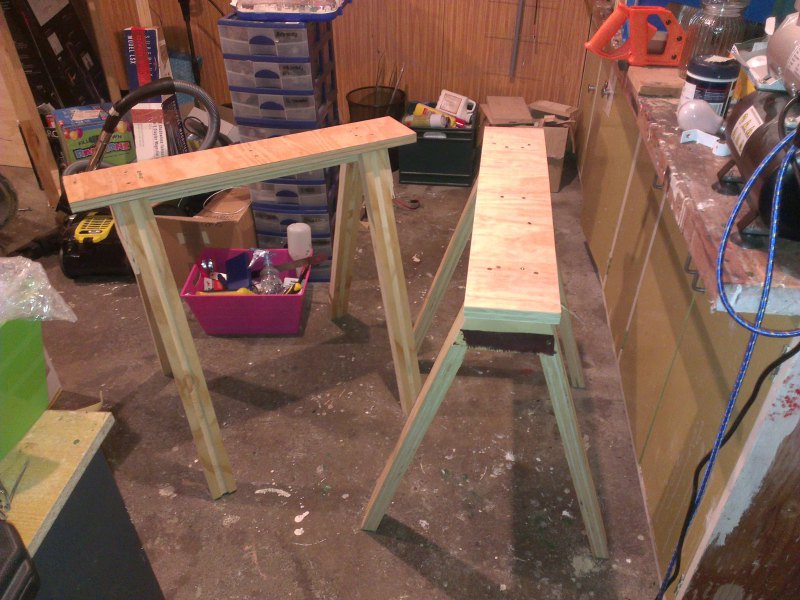 Rachel braced things while I whacked in the rest of the screws, and in the space of 2 hours, two saw horses had sprouted! Here they are the next day already being pressed into service: 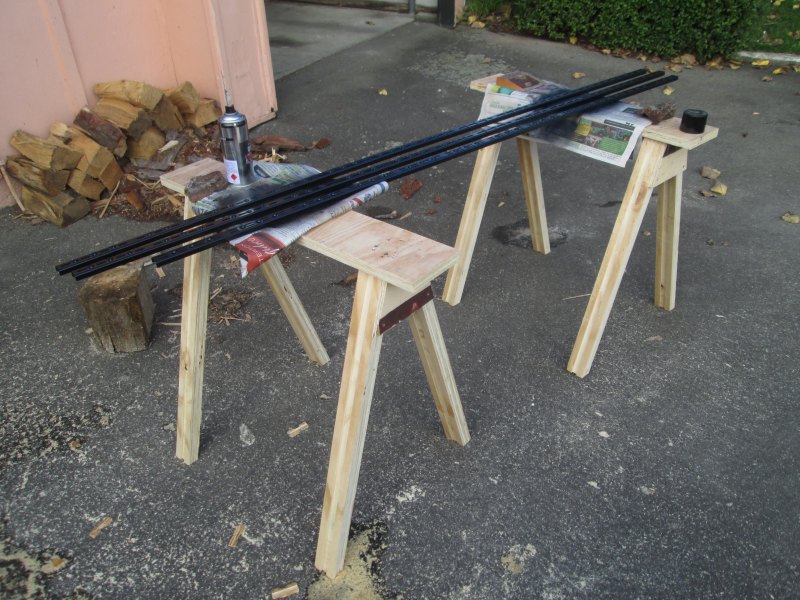