You might think I've completely forgotten about my 3d printer, but rest assured it is still receiving attention.

My main complain so far with the machine is that some of its prints were not very square. Often successive layers that should be on top of each other, ended up on a diagonal, getting more and more off axis. I didn't have much luck tracking down why this was happening, but I suspect it is a quirk of either the microcontroller not being powerful enough, or the firmware (Teacup) having a subtle bug.

So I decided to redo the electronics. I ordered a parallel port breakout board off ebay for a few dollars, same as I'd used on my CNC machine. This arrived and was duly installed: 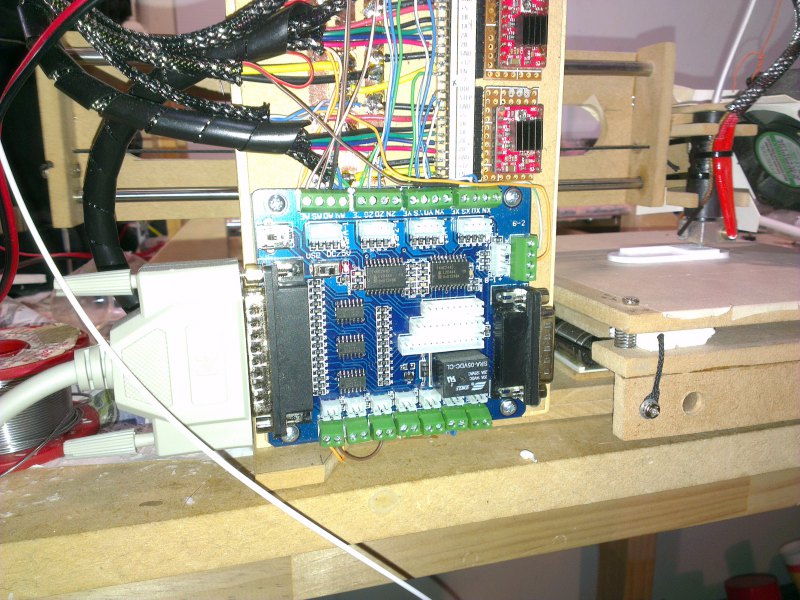 These aren't designed to drive 3d printers so a little fiddling was required to make it work. X, Y, and Z on the machine matched up with the respective outputs on the board. The extruder was hooked up to the A axis, and the limit switches plugged straight in.

That just left the heater on/off output flag for the heater, and the same signal for the fan. I wired these up to the B axis step and direction pins, and wired up a mosfet for the fan so I had speed control.

The tricky part was getting everything set up in LinuxCNC. This was a bit harder as LinuxCNC is, strangely enough, designed for CNC machines. So a little bit of adaptation was required to...

With the hardware hooked up, limits entered, homing values corrected, and steps per mm calibrated, I now had a mostly functioning machine.

Next step is to convert the output of Slic3r into something LinuxCNC would understand. This involved:

.. which handles the quirks of converting Slic3r into LinuxCNC GCODE. 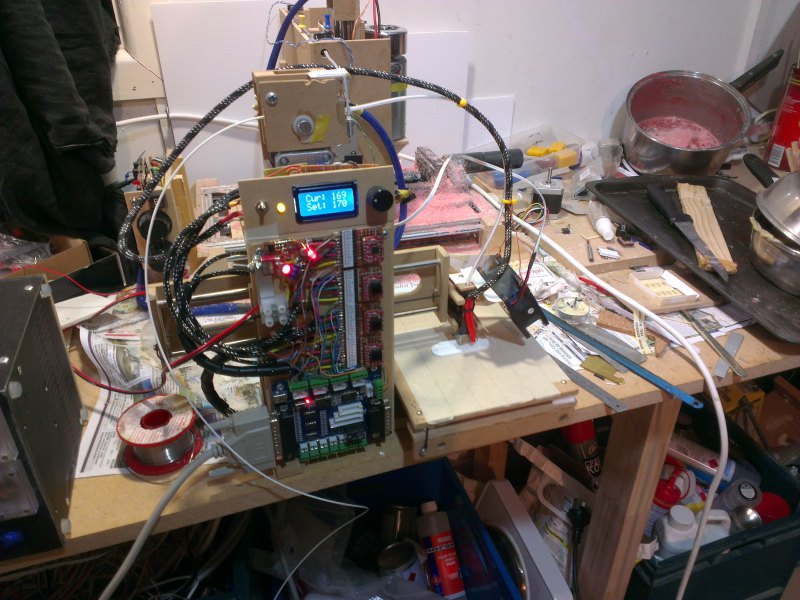 How does it work? Well, it is fast. It is too fast in fact; the poor upgraded extruder motor just can't shove enough molten plastic out the nozzle fast enough! So I have to run it at 50% speed, or print less plastic each layer. Printing less plastic each layer means printing smaller layers, which gives better quality, so that has been a nice benefit, as now I can print t higher quality, significantly faster than before. 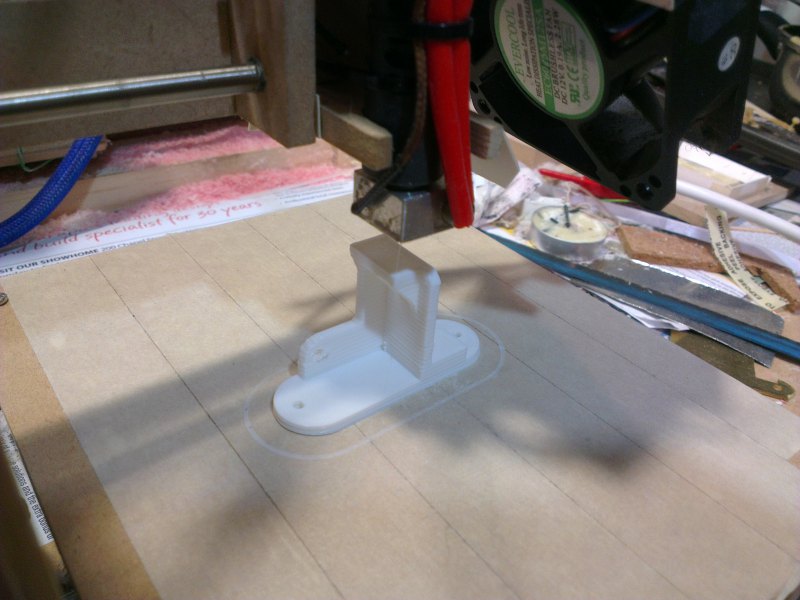 And has it fixed the problems from before? 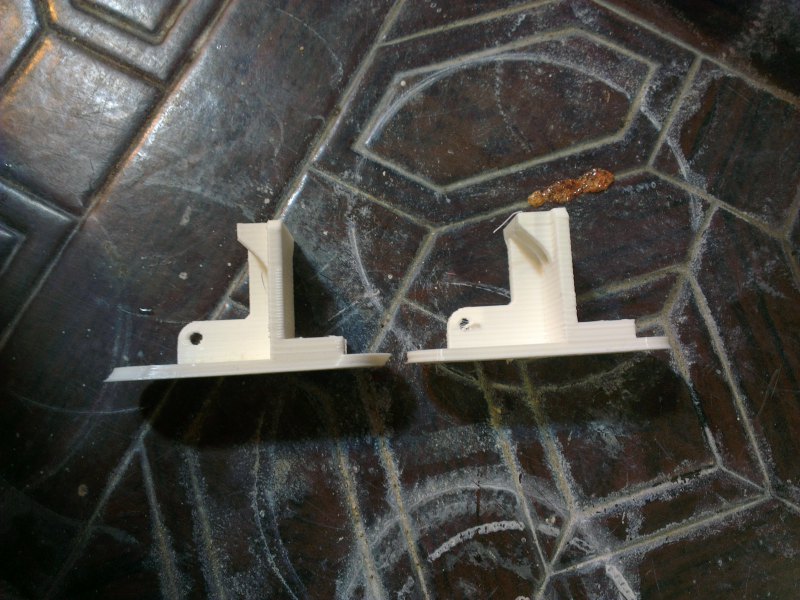 So by using LinuxCNC I get:

The rubber bands that clamped the filament against the extruder wheel perished over the summer, so I replaced them with a couple of old printer springs and a cable tie. Hey, it works!

As for what I'm printing above, they are servo mount mechanisms for my model railway: 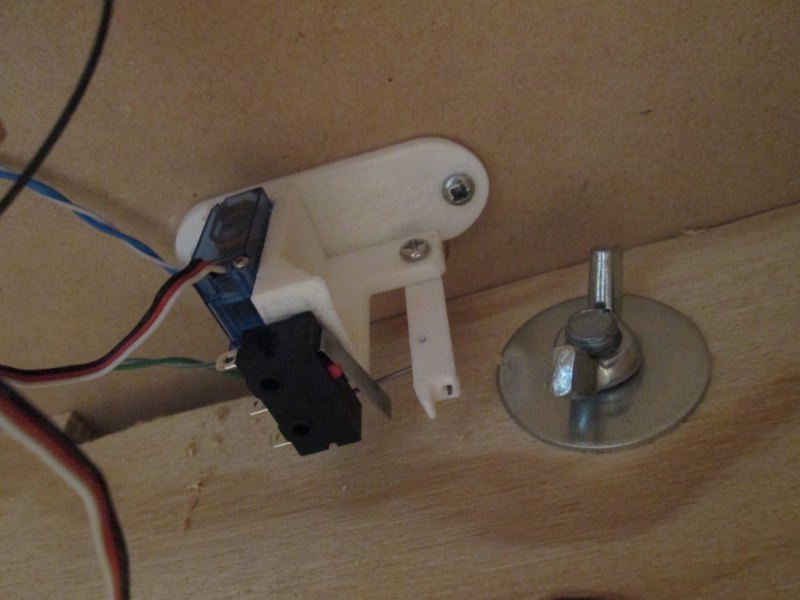