Woke up really early, not quite sure why. Train horn? Looked outside and there was a dusting, literally just a dusting, of fresh snow. Checked the clock and it was only 7am, so got some more sleep. Woke up and thought it was 10am, rats, but then realised I was still on Mountain time, not Pacific time, which made it 9am. Confusing stuff these timezones.

Dressed up really warm; there was a cold wind blowing even down here in the township, and I was planning on spending all day out on the snow. I had on:

That makes 19 items! Was I warm enough? You bet.

Headed off up the road and staked out a curve with great lighting and elevation for a nice nose shot… of course several hours later and I'd had trains come in every direction on every track, except for this one.

Caught a couple of SD70s on an autoracks train instead: 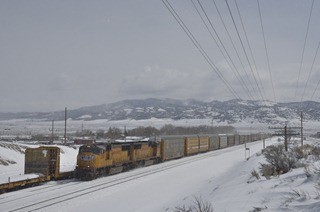 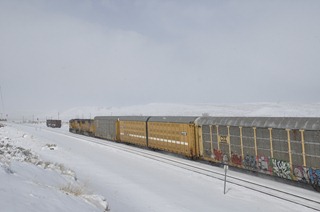 And then going in the opposite direction to what I wanted, another autoracks train kicking up quite a cloud of snow: 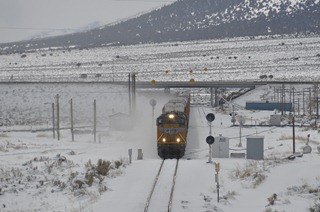 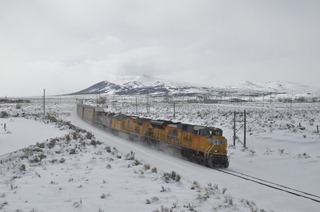 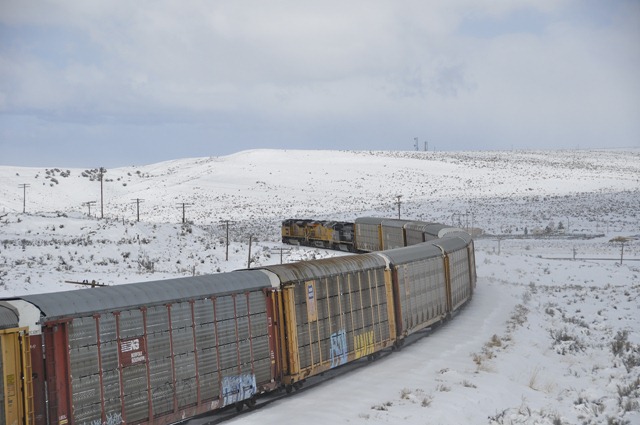 While waiting a plow truck came past, clearing the bridge. Quite a plow! 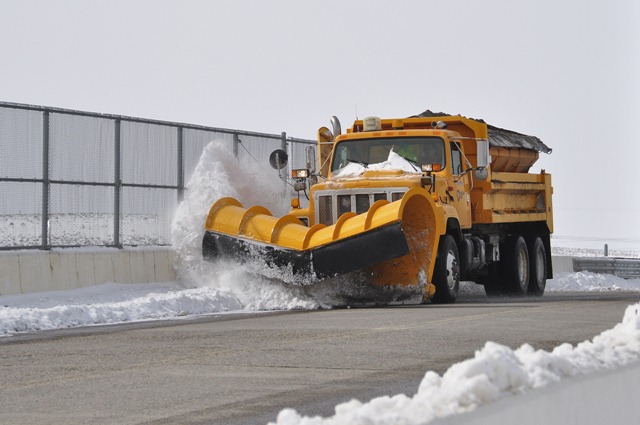 A while later a manifest went past on the other line. 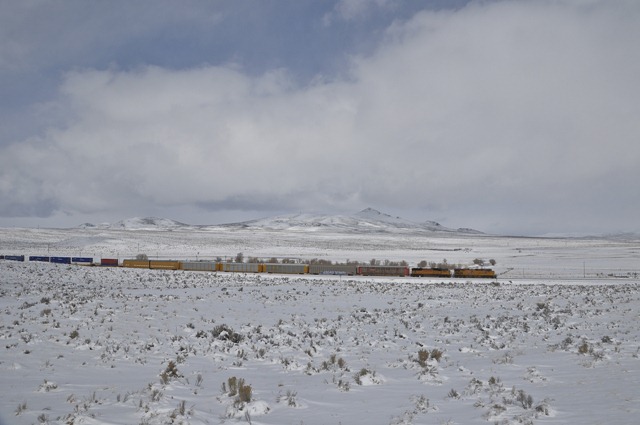 I waited a bit longer, and then eventually a hirailer came scooting past, and shortly after I decided to head up the road a bit where hopefully they wouldn't be doing maintenance.

Jumped in the car and headed off towards Montello again. Stopped at a spot I'd noted on the way over and climbed up a hill, then settled down behind a rock out of the wind and show, and waited.

Seems I attracted a bit of attention up there from the locals, a flock of about 4 of them kept circling and swooping down to check me out. 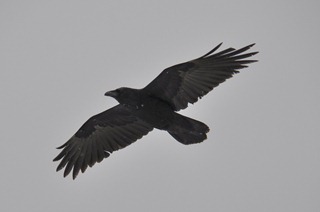 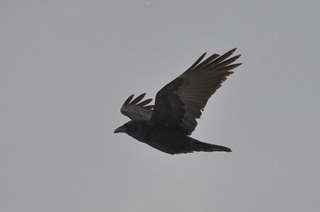 A crow maybe? They didn't seem to feel the cold, whatever they were.

By 3:30 still no trains at all; no trains for 3 hours?! Oh dear. I decided to head on into Montello and see if I could spy anything anywhere, but all was empty. Here is the store at Montello: 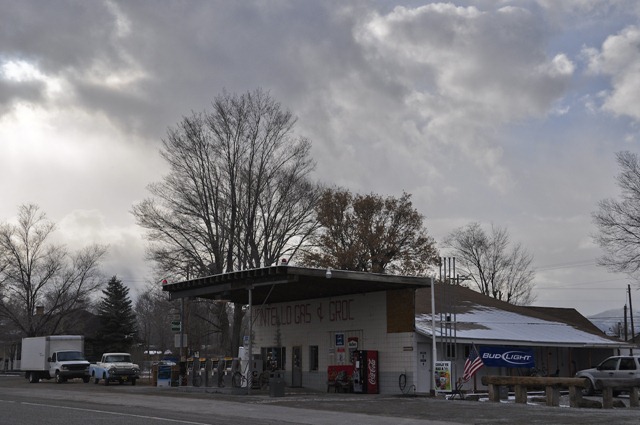 On the way back up to my spot I could clearly see some snow storms moving across the wide open plains. 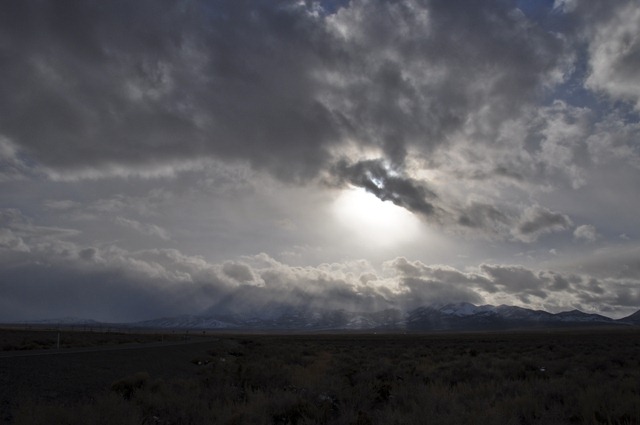 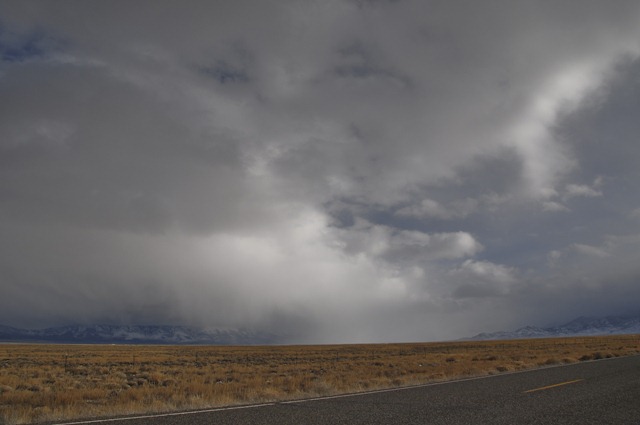 The moment I rounded the curve I saw a train coming past; not enough time to get into position, of course. Murphy's Law! Found a bigger hill to climb, and when I was 1/4 of the way up spied the headlight of an approaching train off in the distance. Went into high gear and scaled the rest of the 60m hill to capture this: 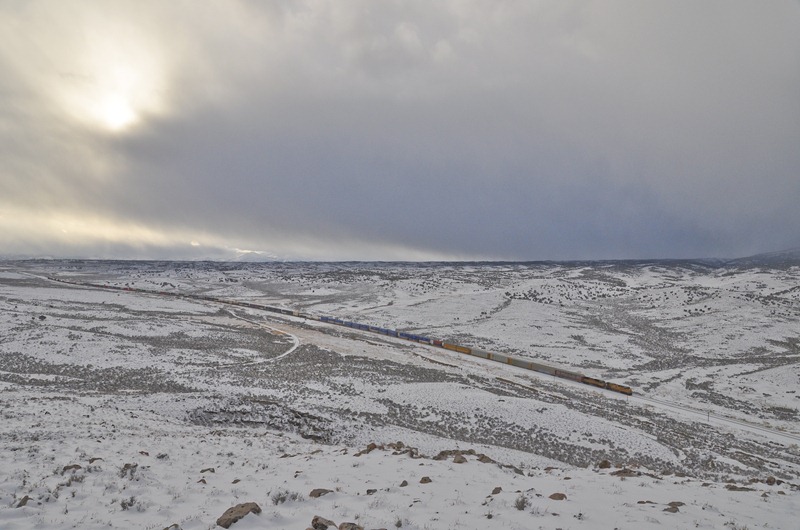 Dashed around to the other side but wasn't quite fast enough. Did catch this though: 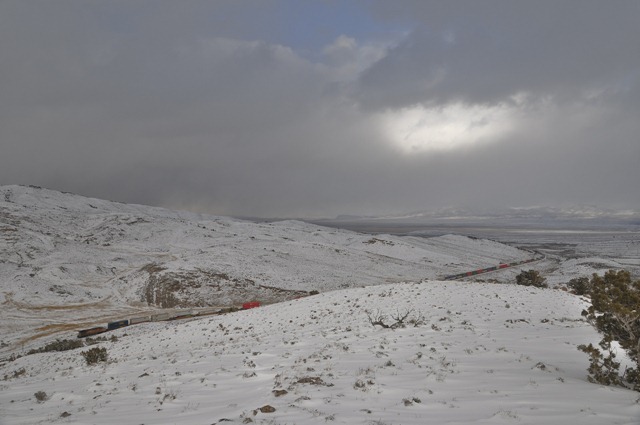 And then the tail end: 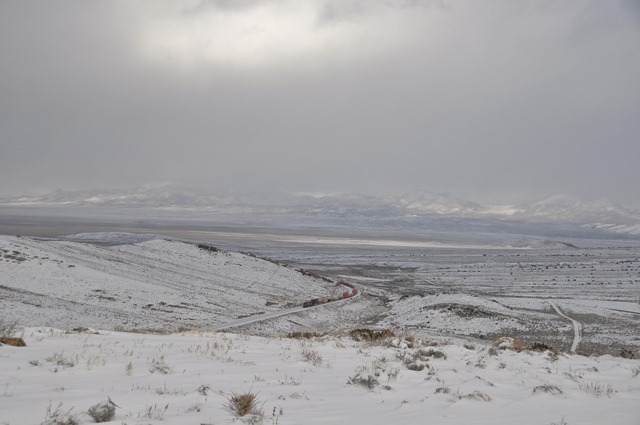 After a flurry of activity it went quiet again and I didn't see any more trains. It started snowing quite heavily; huge flakes the size of thumbnails were falling and even settling. From my vantage point I could see the snow flurries drifting across the land… 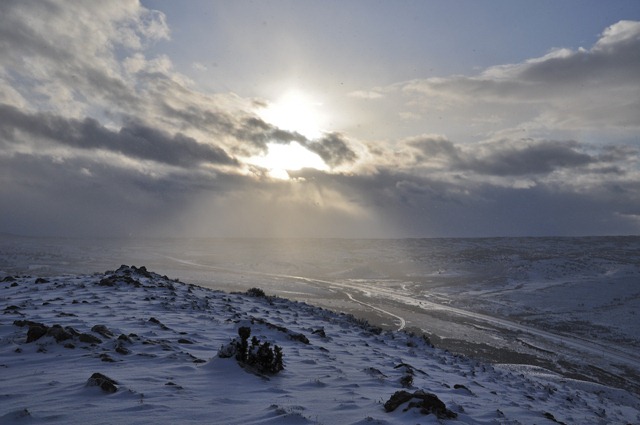 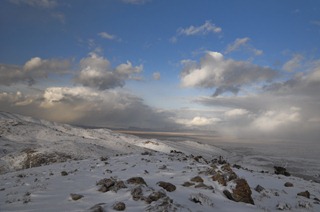 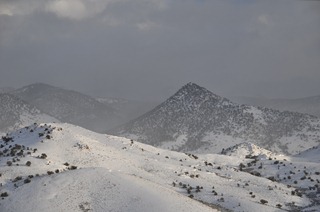 The view was pretty incredible too. Here is a panorama:

Left just before it got dark. Car thermometer said it was several degrees below freezing, and the wind was pretty stiff too. Lucky I had so many layers on!

Arrived back into town a while later and headed off to the Casino for another cheap meal. Mexican this time, $10 for a huge beef chimichanga. For the curious, here is the casino: 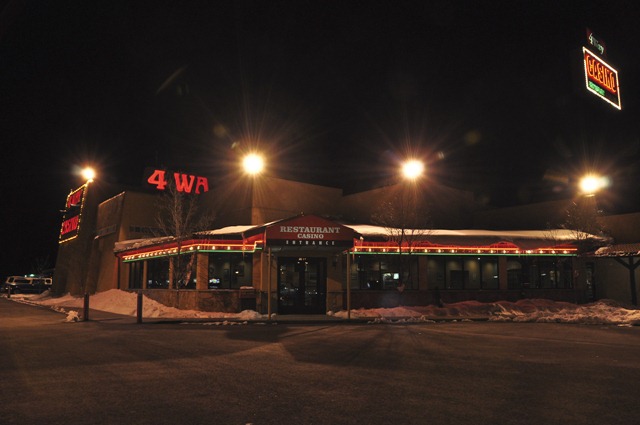 Early start tomorrow, have a lot of Nevada to cross! Snow storm predicted for the Sierras on Friday, up to a foot of fresh snow — I80 promises to be a slow drive. If I'm lucky I might just get to see the flangers in operation, maybe even the spreaders. So next stop, more or less: Donner Pass.